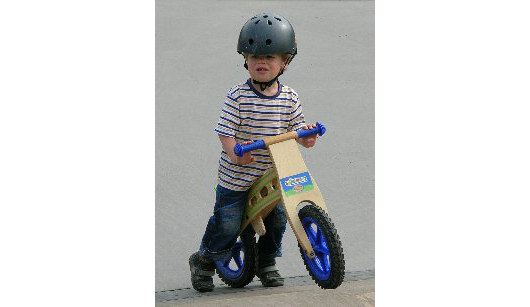 "Is Efrem with you?"

We looked behind us at the enormous playground with kids playing everywhere. He had to be there somewhere. A quick search, a second more careful scan, another look showed no sign of Efrem.

May and I took started running all over the park. What could have happened?! We were frightened. Could he have gone to the other bicycle course? You run down there and check. I'll look on the playground again. Minutes crawled by with still no sign of him. We were right by the merry go round when we told him we were leaving. He was on his little bicycle, which he can go really fast on, by the way, and then he was gone.

Then a lady who saw us searching approached, "There's a little boy by the exit over there." I ran over to find Efrem, on his bike by a different exit. What a relief. In the span of five minutes we went from pure panic to heartfelt relief. I tried hard not to let the emotions flowing through me taint what I said to Efrem. I said I was so happy to see him and asked if he was scared. His response was, "Yes, where were you guys?" It was tough on him too.

We followed up that incident by stressing the importance of staying beside mommy and daddy, especially when we're leaving. We also talked about what to do if they're ever approached by a stranger. This past week an English couple had their four year old girl taken while they on vacation in Portugal. It could happen to anyone, as scary as that is. And as a parent I know that we would go to any length to save our child from harm. Maybe this is how God felt when we, his children, were stolen from him by Satan. He relentlessly pursued us and went to great lengths to save us. God created emotions, he feels them too. Jesus wept, and so do we with those parents who are still searching for Maddie. May they find her soon.